I’ve been toying with writing more on this blog but it really has just turned into me complaining about my life and marriage and that’s not what it’s intention is.

Family drama is still there. Marriage troubles are still there. However, I gave two amazing kiddos. And that is something worth celebrating. Maybe I’ll be able to turn it more into a parenting blog someday but for now I’m going to say goodbye clean up some of the past posts that don’t apply and let it be.

In the midst of all my marital drama, I wanted to take a moment and share a random parenting blog as that’s what this had turned into after the miscarriage for the most part.

The other day, I realized we were potty trained. We hadn’t had an accident in months for my three year old. (Also the day after I realized this, she had the tiniest one but managed to make it to the bathroom.)

So my advice? Don’t stress it. She needed to be trained for daycare by the time she moved up in August. She asked to start wearing pull ups last year. We hadn’t really been pushing it but in April her daycare teachers told us she’s not having accidents at school. (She sees all the other kids doing it and wanted to be like them.) Once she started wearing underwear to school we had a few accidents here and there but she quickly stopped and at most we had an accident every few weeks.

At home was a different story. She fought us. Then she stopped wanting to wear swim diapers at swim lessons so she got a bit more motivated. Then we had to have discussions about how she has to tell us when she has an accident and we won’t get mad. She just can’t lie to us. I remember thinking she’s never going to get it at home. I remember taking her to the bathroom every two hours when we were out somewhere. Then one day I realized she was doing awesome at school and occasionally telling us. She loved the praise she got when she went.

We’re going to go on a Disney cruise next year and you have to be potty trained to swim in the pool so that may be motivation too.

I wish I wouldn’t have stressed about it. She will get it when she’s ready. Now she goes (mostly right before she’s about to have an accident) by herself without us prompting. We went on a road trip and she told as we were driving she needed to go. She told us in enough time to get to a gas station and she didn’t have an accident. We had talked before it would take a little bit to get to a potty, but she did it. I’m so proud of her.

Lately to get her to go, we mention that we may have an accident if we don’t go. The first time we told her she said “in your underwear?”. Three year olds love the idea of their parents having an accident. Every single time now she dashes in front of us to use the potty.

So future self in about a year with her brother, don’t stress. Figure out the daycare thing. The rest will come when he’s ready. You’ve got this.

It was a rainy day here today. The oldest kept begging to go out and splash in puddles. We took turns taking her as we were trying to keep the little one inside.

Seeing the joy of a child in something so simple is magical. I love you like boots love splashing in puddles. Finding the joy in every day little moments.

I’m blessed to have kids that were planned two years apart. We knew going into it, it would be crazy.

There’s lots of fighting over the same toys.

There are endless giggles that can’t stop.

There are water fights in the bath.

There are family hugs and dance parties.

And the really awesome feeling that deep down they really love each other.

Last night I was done. I was nursing my 17 month old to sleep and I was touched out. I had two little kids hanging on me most of yesterday. Touching me, squeezing me, wanting me, and a husband who also kept trying to touch me.

I am grateful I am wanted, but I was done. I was in a bad miss. It took the baby over twenty minutes of nursing and he still wasn’t even close to sleep. I finally cut him off and said “no more milk.” Then he cried. I cried.

I held him as he sucked his thumb and cried himself to sleep. I cried as I held him. In that moment I was feeling so done, yet so guilty. He finally fell asleep.

I read his sister a story. Then I cried myself to sleep. Yesterday, I failed. I let my emotions get the best of me. I stopped loving in the moment and kept thinking of life when I had time to myself. I didn’t constantly have three people fighting for my attention. I stopped being grateful. At that moment, I couldn’t be.

It’s ok to fall every once and awhile into failure. We all do it. That’s being human. Thankfully, I entered from the other side better. It helped me reset. Today, I was grateful for the touches and wantings from two little ones. I didn’t mind when he asked to nurse before nap when he normally doesn’t. I enjoyed the cuddles and snuggles more.

Did I still feel touched out at moments? Absolutely. It’s okay though. It’s ok to fail at moments as long as you don’t quit.

We’ve been working on talking about our feelings and finding ways to calm down. Baby steps. I don’t know if it’s working, but we keep trying.

And as the amazing big sister she is, the one year old is now mimicking the behavior when he doesn’t get his way. Although he stops and looks at you like “is this what I do?” So it’s semi adorable… For now.

As blessed as I am to be their mom, I am so over the tantrums. Send wine. It’s the only way to survival.

My favorite what if 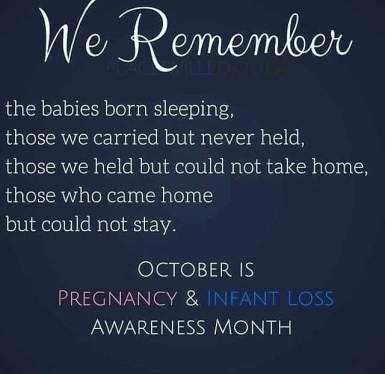 Four years ago, we had a miscarriage. I know that baby for whatever reason wasn’t meant to be. I am blessed with two amazing, spunky, strong willed, challenging, wonderful children. I have my rainbows. I wouldn’t trade them for anything. I am really truly blessed.

However, what if that first pregnancy didn’t end this way?

Was it a boy or girl?

Would I still have somehow ended up with my two amazing children?

Would we be a family of five?

What would we have named it?

How would my life be different now?

My lost baby is my favorite what if. I may have only carried it for 12 weeks. It may have only been alive for eight of those weeks. However, what if?

Thank you for bringing me your brother and sister. They were exactly what I never knew I needed. My favorite what of is now what I like to think of as a guardian angel.

My Crazy Life as Mom and Wife
new mommy memoirs

a chronicle of my first year as a mommy

Sharing my experience of recurrent miscarriage and infertility

My experience of recurrent miscarriage, reproductive immunology and other infertility stuff

My miscarriage and finding hope in the darkness

Our journey with Infertility

From My Plan To His

The Story Of My Dark Side

Looking for stars in the darkness

A Journey Through Recurrent Pregnancy Loss

One woman's truth about trying to get pregnant

My story and experiences

a journey to financial freedom through following Jesus

my experience with recurrent miscarriage

Finding Hope After a Miscarriage
Create a free website or blog at WordPress.com.